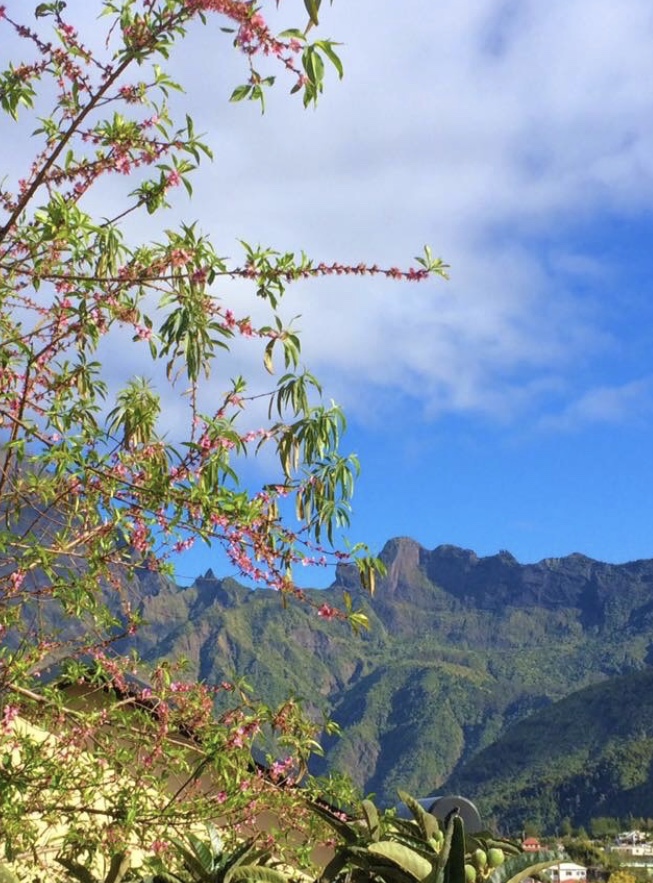 LA RÉUNION : SCENTS AND FLAVOURS OF AN ISLAND

n 1715, the East India Company, which managed the island until 1767, organised the cultivation of coffee, which required a large workforce.

The population increased considerably, and a slave society was established. Huge clearings were carried out on all the slopes of the island, and clove and nutmeg trees were also successfully introduced.

A real industrial revolution began in 1815, with the start of sugar cane production, which very quickly supplanted coffee in all areas of the coast. The sugar industry overcame all the crises to remain, even today, the pillar of the island's agricultural economy.

In Saint-Leu, the Stella Matutina Museum retraces the agro-industrial adventures of Réunion

In 1841 a young slave, Edmond Albius, invented the process of artificial fertilisation of the Vanilla plant. Bourbon vanilla appeared on Reunion Island and quickly became the best in the world. Even today, private plantations and cooperatives can be visited in the east of the island. Also present is the distillation of geranium rosa and vetiver, which give essential oils, also very famous: to be discovered in the heights of St Paul in Petite France or at the cooperative of Tampon

Vetiver is also used to fix the soil in hilly areas, or to weaken the stability of the land during the heavy rains that occur in summer. Its long leaves, once bundled and dried, were the raw material of some Creole straw huts, for the roof of many huts. The grasses woven by the women were also used as a cape or basket.

On 20 December 1848, slavery was abolished, but relations remained difficult, and many indentured labourers recruited in India remained on the island.

From 1850 onwards and for about twenty years, there were the lime kilns of Meralikan, the name of the last lime kiln maker. The coral was collected and heated with wood. It took between 400 and 500 kg of wood and 600 and 700 kg of coral to obtain up to 8 tons of lime. Today everything has disappeared except for a few chimneys scattered here and there. Coral is becoming very rare and above all very fragile.

The construction of a railway in 1882 by the Chinese improved internal communications, followed by the construction of a port in 1886 in St Paul, which finally opened Reunion Island to the world. Then came the telegraph and the radio, which helped to break the isolation.

The island is very mixed with people from Madagascar, India, East Africa, China and France. Each one brings his knowledge, his cooking, his spices. From the crossbreeding of this cuisine was born the "Cari Réunionnais".

The sun shines more than 300 days a year, except in the highlands where the sky quickly becomes overcast in the early afternoon.

It takes 11 hours to cover the 9000 kms that separate the island from the mainland, to discover a culture, a nature and a population that are very varied due to its magnificent mix.

On one side, the beaches of white, golden, black sand or pebbles, and on the east side, the coasts jagged by the prevailing winds will surprise you.

On the west coast, the lagoon will welcome you for diving, surfing or windsurfing.

On the heights, you will take off in a paraglider, hang-glider or on board a helicopter which will make you fly over the whole island, and discover its volcano. And in the centre, canyoning to discover the white water. You will have a multiple choice to discover this paradise.

From the primary forest, mystical, dark, wild, to the peaks, cirques, pitons, gorges, gullies, waterfalls, basins and breathtaking views, this island offers a panel for the eyes, strong sensations that you will not soon forget.

In addition, the island has many well-marked hiking trails to discover a whole world with 13 different cultures from the 5 continents on a surface area of 2512 km2.

Reunion Island: its festivals, its smells, its colours, its scents are just extraordinary!

Don't wait any longer to come and visit this French island with its thousand facets, alternating between the highs up to 2000 m for its freshness and the sunrises from the top of the surprisingly beautiful Maïdo peak, and the lows for its warm waters and sunsets with your feet in the lagoon.

I am waiting for you. "This pearl" will make you forget everything.